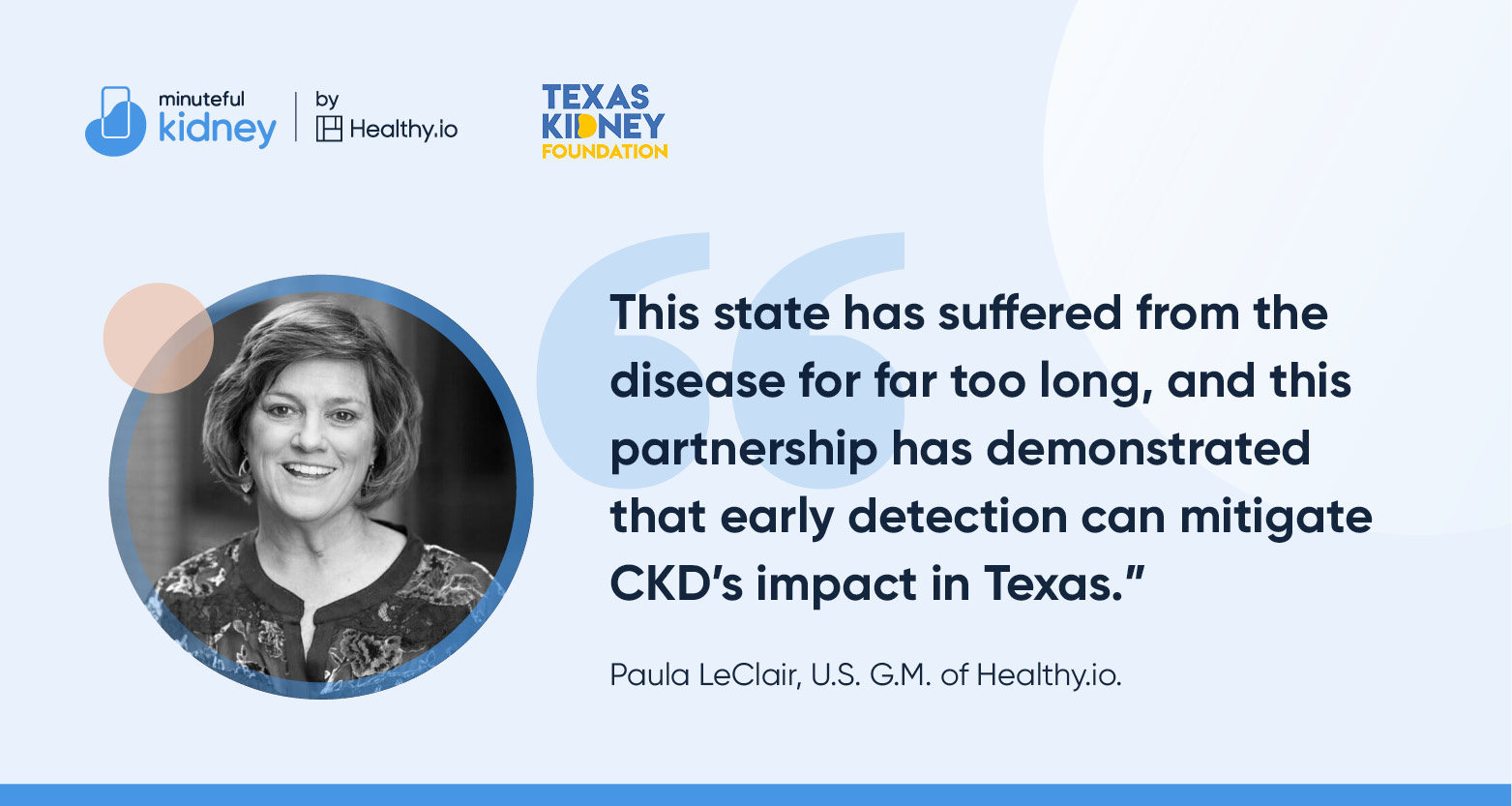 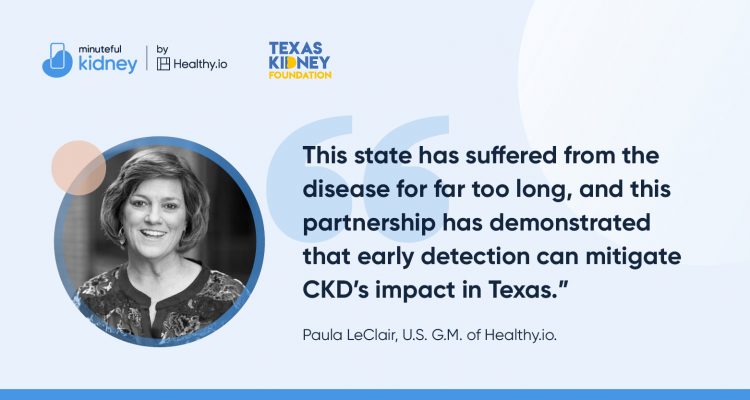 Testing the Untested in Texas

Chronic kidney disease (CKD) can be a silent killer. While it affects nearly 37 million Americans, most don’t know they have it until the late stages when symptoms surface. Americans in Texas, in particular, are disproportionately impacted by CKD. The state ranks fourth in the nation for having the highest rates of kidney disease, with about 72,012 residents living with end-stage renal disease (ESRD) or kidney failure.

Healthy.io partnered with the State of Texas Kidney Foundation (STKF) to support their ongoing “Silent but Deadly” campaign to address this disparity. The partnership’s primary objectives were to spread awareness of early detection of CKD and encourage Texans to get tested by offering them Minuteful Kidney test kits.

A significant focus of the partnership was to engage underserved and hard-to-reach communities, including African Americans, Hispanics, Pacific Islanders, and Indigenous people who are already at higher risk for developing CKD. By making tests available for anyone to take, where and when they choose, Minuteful Kidney can help reduce barriers to care for underserved populations.

Overall, the partnership was a success. Together, we distributed thousands of test kits to Texans at risk for developing CKD, resulting in a 40% test completion rate. Of those who completed the test, 38% had abnormal to high abnormal albumin-to-creatinine ratio (ACR) levels, further proving the necessity for early detection.

We are proud of this partnership’s accomplishments and excited about the work the STKF continues to do to promote the early detection of CKD in communities across Texas.

To hear more about the STKF’s fight against kidney disease and our partnership, you can read this case study. You can also listen to an episode of Clinical Grade, Healthy.io’s podcast, featuring the CEO of STKF, Tiffany Jones-Smith.