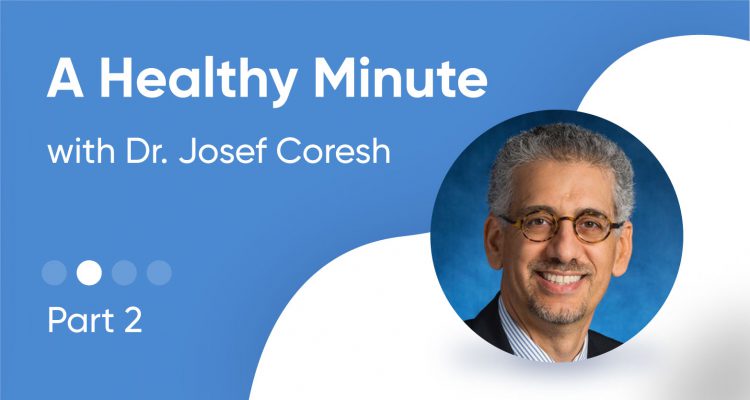 In this video, the second in a series of four, Dr. Josef Coresh discusses the importance of detecting CKD early, and how albumin to creatinine ratio (ACR) testing can help identify the disease in its early stages. Stay tuned for a new video next week.

Why is early detection of CKD important?

Dr. Coresh: I think there are huge benefits for early detection. You can make progress and do some good at every stage. But the earlier stages where kidney function, glomerular filtration rate, the amount that kidney filters is intact, especially if you have damage due to albuminuria detected with protein in the urine, that is the reversible part of the disease. We know we can lower albuminuria and actually get the kidney to sort of assume a much healthier pose. Later on in the disease, you lose glomeruli, the filtering units in the kidney, and that loss is irreversible. So at that point, you can just kind of slow down further loss, slow down further damage. So clearly, earlier detection is important and detecting both albuminuria and the level of GFR is important. And that’s why currently the staging is by both criteria, albuminuria and GFR.

What is albumin to creatinine ratio (ACR) testing?

Dr. Coresh: So in staging kidney disease, we focus on the kidney function, glomerular filtration rate, which counts the number of functioning units, and that irreversibly gets lost. The other key measure of damage is the protein in the urine, which measures the ability of the kidney to keep the important proteins in the body rather than having them leak into the urine. So leakage of protein–and the dominant protein is albumin. So we’re detecting this protein to creatinine ratio measured by albuminuria,  or ACR. An elevated level of albuminuria are a marker of kidney damage and they’re a very strong risk factor for a whole host of complications, including the risk of long term dialysis, the risk of cardiovascular disease, heart disease, heart failure, stroke, hospitalizations, as well as other complications.

Why are ACR testing rates low?

Dr. Coresh: Yes, indeed, unfortunately, albuminuria testing is not at the recommended level. For people with diabetes, the recommendations have been clear to do annual testing and we find that in very well-organized systems, where there are reminders for physicians, reminders for patients, you can achieve rates greater than 90 percent. Unfortunately, the average rates in the US hover around 50 percent or so and are widely variable across locations. I think it’s somewhat understandable in that patients are used to coming to a clinic. They may need to give blood, in which case you give a whole range of tests. For urine you need a different kind of specimen and you need a different kind of facilities. And so it takes a little more time. It takes a little bit more awareness. You have to make sure the tests are ordered. And we know that awareness of kidney disease and awareness of albuminuria as a risk factor are lower.

How are eGFR and ACR testing complementary?

Dr. Coresh: With estimated GFR, which is gotten from a calculation from a lab test in the blood called serum creatinine, I think we did a good thing in 2002, where with the guidelines we recommended and helped labs implement a formula that calculates it automatically. So as soon as a doctor orders this lab test, they get the result and fortunately, this lab test is bundled with some routine lab tests that are done. So we have nearly all patients that are under routine care getting tests for estimated kidney function. We still need to get awareness and action. With albuminuria you clearly need another test because it’s urine. So we need to make sure that awareness is high enough, that testing is done and that follow up is done. And I think that is the challenge for the coming decade.