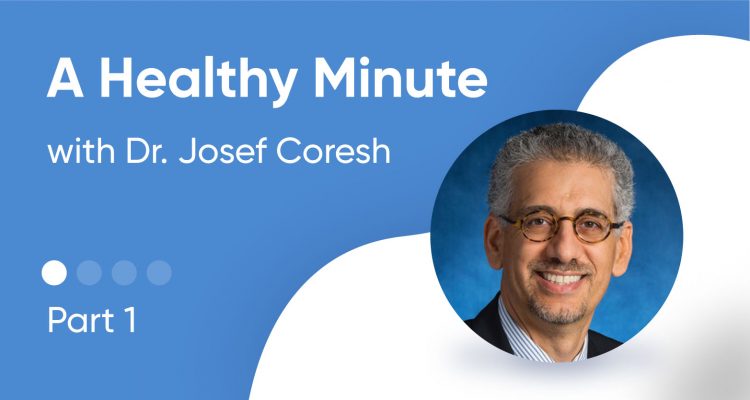 Why are most people oblivious to chronic kidney disease? How can early detection of the disease help fight it? How can we catch it early despite its lack of symptoms? And how can we raise poor testing rates? In honor of World Diabetes day, we’re launching our new series of video interviews with Dr. Josef Coresh, in which we’ll explore some of the toughest questions related to CKD—a disease that’s especially rampant among people with diabetes, and hasn’t received the attention it deserves.

In this video, the first in a series of four, Dr. Coresh discusses the prevalence of CKD, its risk factors, and the low public awareness of the disease. Stay tuned for a new video next week.

How prevalent is CKD?

Dr. Coresh: When you apply the standard definition, you find that the prevalence of chronic kidney disease is very high: about 10 percent in the US population and globally. The prevalence increased for a while. Fortunately, it’s stabilized somewhat, as have the rates of dialysis. But as the population gets older, even with the same rates, we’re experiencing a greater burden of disease.

What are the risk factors for CKD?

Dr. Coresh: When we look at chronic kidney disease and its risk factors, diabetes and hypertension are dominant risk factors for vascular kidney disease. And unfortunately, with the obesity epidemic globally, diabetes has increased and rates of kidney disease have increased. Both of those conditions get worse with age—and kidney disease progresses with age—so older age is also a major risk factor. In addition to that, we have issues of access to care, and quality and amount of control of hypertension and diabetes. So often minority populations, socially disadvantaged populations, and economically disadvantaged populations have higher rates. And we’ve actually been involved in the research that shows the subset of African-Americans also have a certain genetic susceptibility, APOL1, for higher rates of kidney disease progression. We’re trying to find out all the various biology, but those are the major ones.

Why is there such low public awareness of CKD?

Dr. Coresh: I think people are aware of kidney dialysis and transplantation, but that is sort of the tip of an iceberg, right? So in the US, there are about 600,000-700,000 people who have kidney failure requiring kidney dialysis or transplantation. Once we defined kidney disease in a standard way, we realized that it really starts much earlier, and the total iceberg is just much larger. So if we’re talking about 10 percent of the adult population, we’re talking about 20 million people. The process of educating the public, talking to physicians, getting the language out there is just a few decades behind. Hypertension awareness became more prevalent in the ‘70s, diabetes awareness in the ‘80s and the ‘90s, and the standardized definition of kidney disease was really established in 2000. So we’re still establishing public awareness. It’s also a disease where the symptoms are not very specific until very late. So it’s harder. You don’t hurt in your kidneys. The kidneys just function less and then the body suffers the consequences. So altogether, we really have a long way to go with kidney disease awareness.